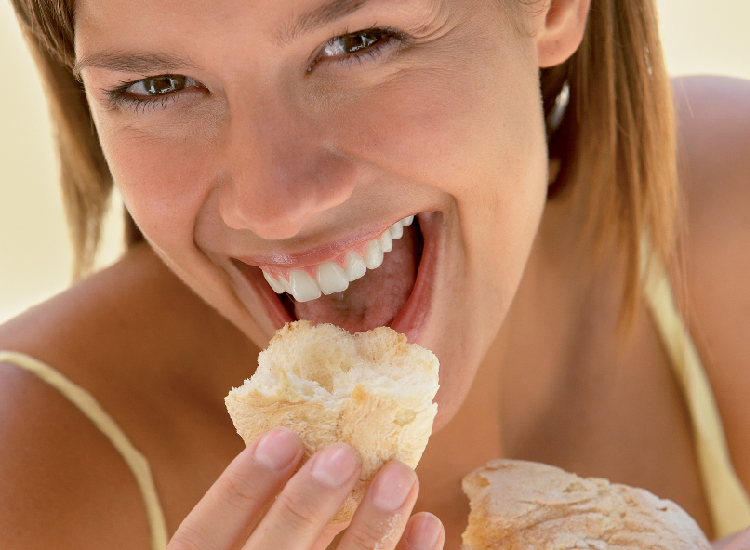 It’s philosophy is based on the marriage of the traditional values of bakery and pastry and the need of modern man to secure the most precious good, health.

The “Platho Ygeia” baking products combine the quality raw materials, the ingredients that are beneficial for the health of the human body, the quality of the fresh product and, of course, the art of the baker.

Look for them in the neighborhood bakery! 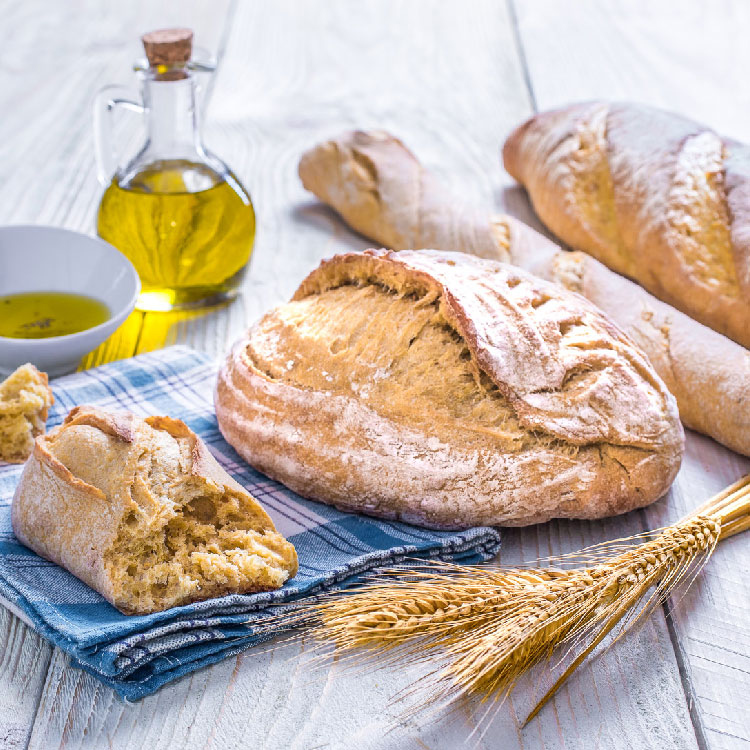 Tritordeum is a new natural cereal born from the combination of durum wheat (Triticum durum) and a wild barley (Hordeum chilense). Tritordeum contains gluten, but its quality is different from wheat, which makes it more digestible. It also contains 10 times more lutein than wheat, an antioxidant beneficial for eye health and skin protection. It has more oleic acid than wheat, a monounsaturated fatty acid characteristic of the Mediterranean diet that helps reduce the risk of cardiovascular disease. It has more fiber than wheat, with positive effects on health. In addition, the tritordeum is a sustainable grain as its crop needs little water and is highly resistant. It is 100% traceable, as it comes from selected Greek farmers, making the origin of each batch easily traceable. Finally, tritordeum bakery products have unique characteristics. Sweet taste, natural aroma and golden yellow color! 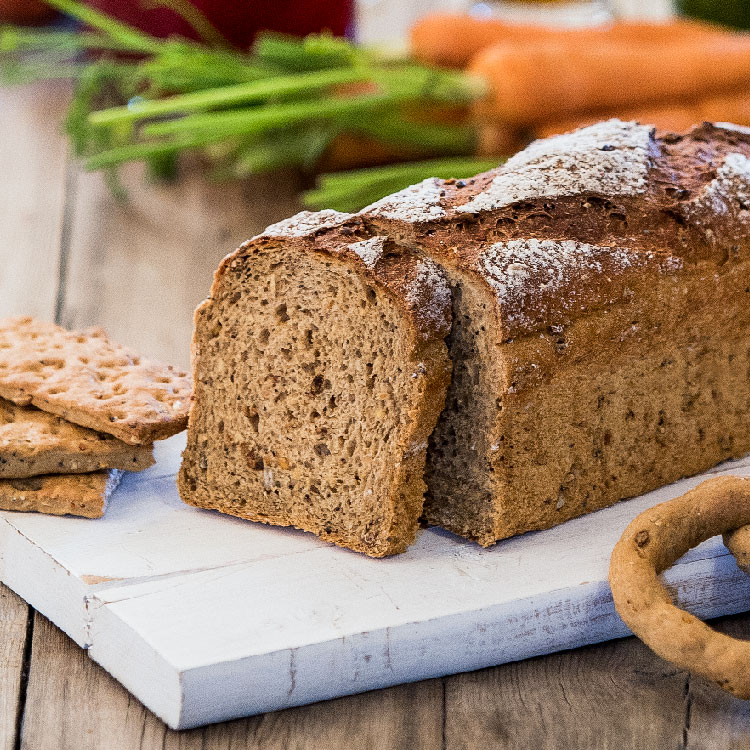 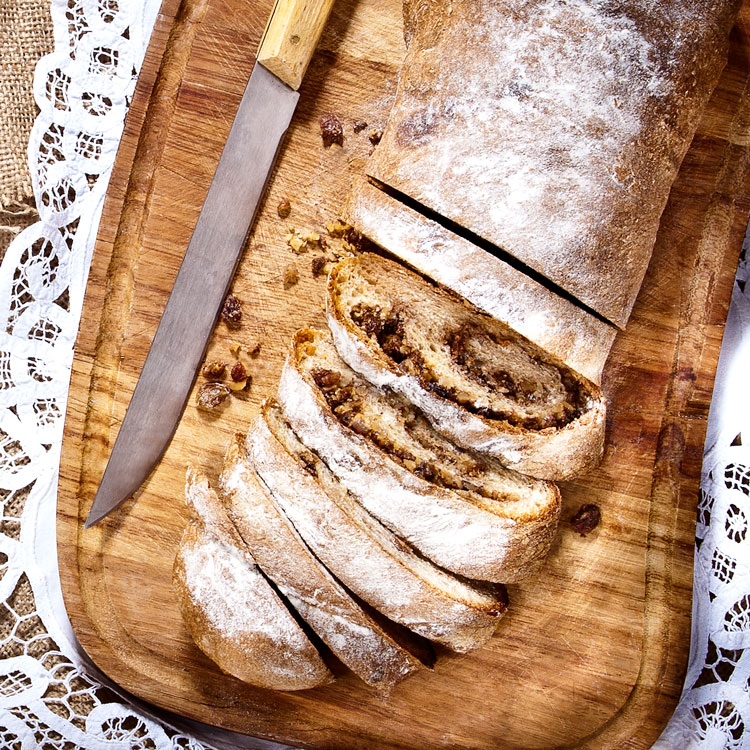 Organic Agriculture rejects the use of synthetic chemicals such as synthetic herbicides, fertilizers, pesticides and genetically modified organisms (GMOs). The main issue of Organic Cultivation is the replacement of synthetic chemicals with others found in nature. Consequently, organic pesticides are used instead of synthetic pesticides. These organic substances are biodegradable and, as claimed, they do not stay in the final product and do not pass through the food chain. Organic farming rejects genetically modified organisms (GMOs) and stands hostile to them. It is argued that genetic engineering and mutant products hinder human, plant and other animal health risks. 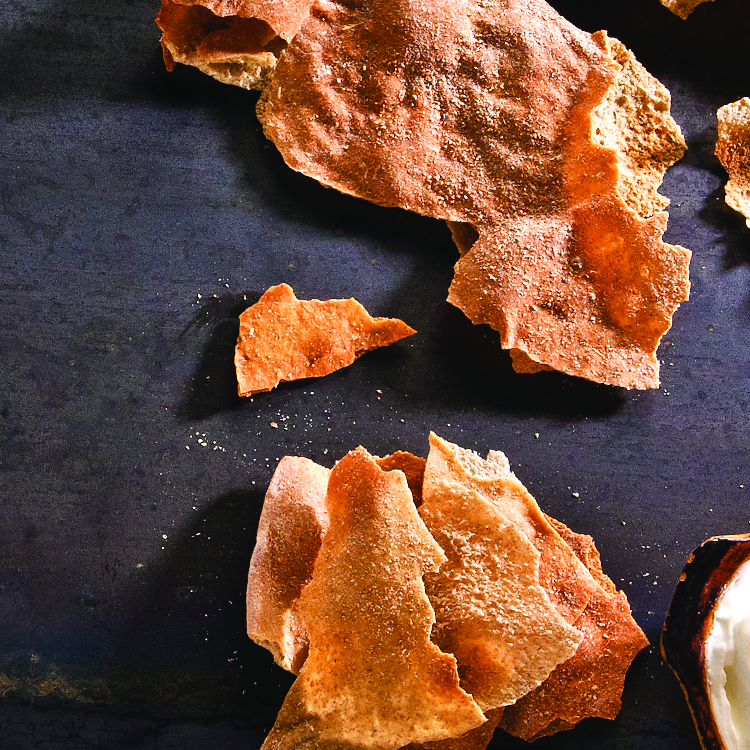 The germ is the part of the wheat grain which will germinate and give us the new plant. In a white flour germ is removed entirely, while in whole grain flour is maintained, but is only 2.5% of the seed. Flour with wheat germ contains five times the quantity of germ of a whole grain flour in order to provide additional health benefits. The wheat germ is considered one of the most nutritious foods as it provides a significant amount of vitamins, minerals and proteins, such as vitamin E, folic acid, magnesium, thiamine, phosphorus, zinc. Wheat germ is also rich in fiber and contains only polyunsaturated fat, while it contains no salt. 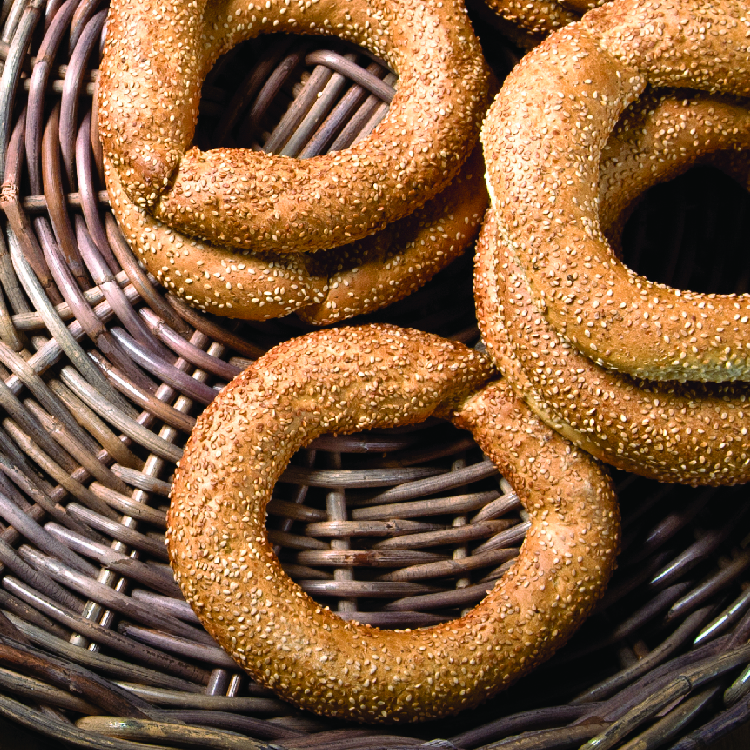 A diet low in salt, in combination with a healthy diet helps to control the pressure in people with hypertension. Also, in healthy people, can reduce the risk of occurrence in future. The increase in blood pressure is due to the sodium contained in the salt, causing fluid retention, which has the effect of increasing the volume of blood in the circulatory system. This leads to added extra pressure in the arteries. Two slices of reduced salt content bread contain 0.175 grams of sodium*. This amount is 30% lower than a common bread, without creating noticeable taste difference. The World Health Organization recommends less than 5 g salt daily.

*If prepared in accordance with the proposed recipe. 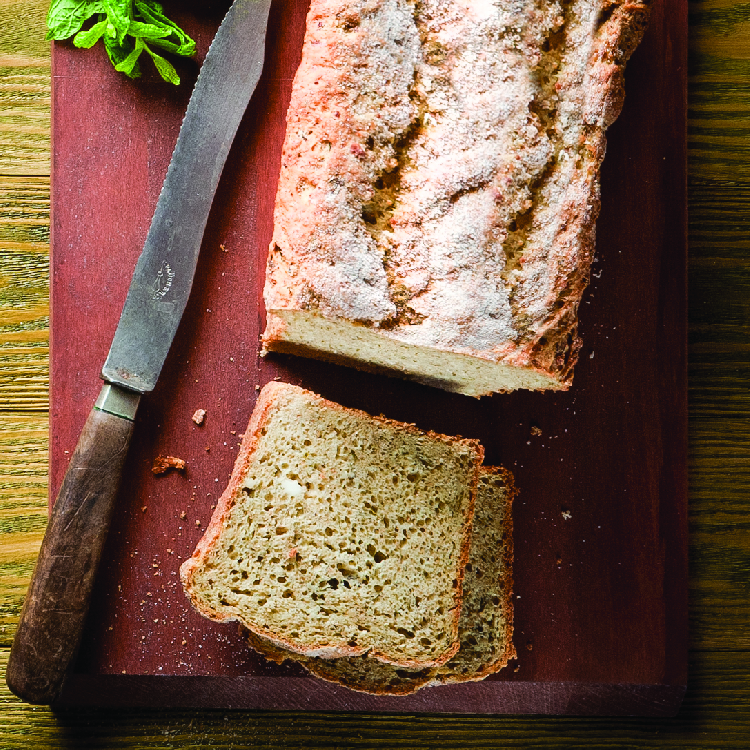 Gluten is a significant source of protein of many cereal grains such as wheat, barley and rye and can be found in many foods such as bread, pasta, biscuits, cakes, etc. Gluten gives elasticity to dough, helping it rise and keep its shape. Some people are intolerant to gluten due to its malabsorption from the body. Intolerance may be with mild symptoms such as lethargy, bloating and intestine irritability or a severe form called celiac disease. When a person suffering from celiac disease consumes gluten, even in traces, reacts with strong intestinal symptoms. The gluten free flour is produced under controlled conditions from foods such as maize, rice, potato and tapioca which do not contain gluten. 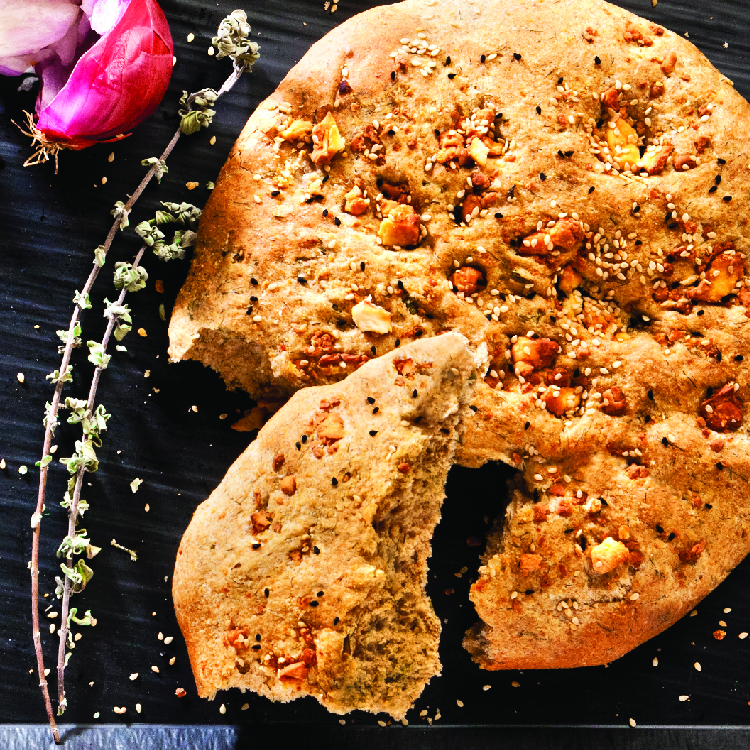 Flaxseed is a source of omega-3 fatty acids in the form of ALA, which contribute to the maintenance of normal blood cholesterol levels. Moreover, it is an excellent source of fiber and manganese and is rich in folic acid, vitamin B6, magnesium, calcium, phosphorus and copper. Omega-3 fatty acids are polyunsaturated fats that are present in two forms. One form is the EPA and DHA fatty acids which are present in high levels in fish like salmon and sardines. The other form is the essential for the body ALA fatty acid which is present in plant seeds such as linseed. Specifically, ALA is not formed by the body, but is taken up only via food. 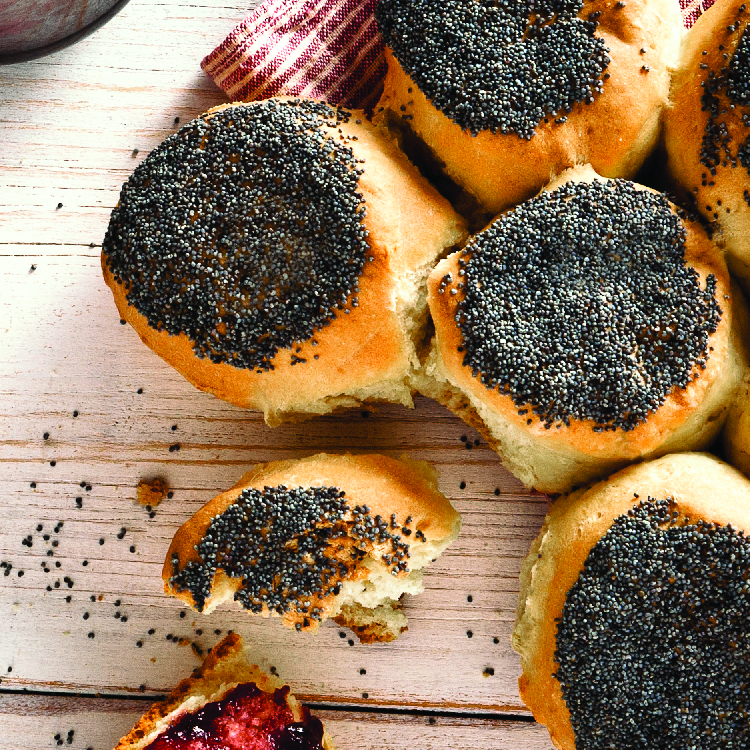 Chia plant belongs to the mint family and grows in central and southern Mexico and Guatemala. Aztecs who were consuming chia seeds, considered them as a source of energy and power. During the recent years, chia seeds have been recognized as superfood and they are increasingly spread to the western world. The seeds when mixed with water, swell and create a kind of gel. In that characteristic Chia seeds owe their reputation as being suitable for weight loss. Chia seeds are rich in protein, fiber, omega-3 fatty acids, calcium, boron and antioxidants. They are also a good source of magnesium, iron and potassium. 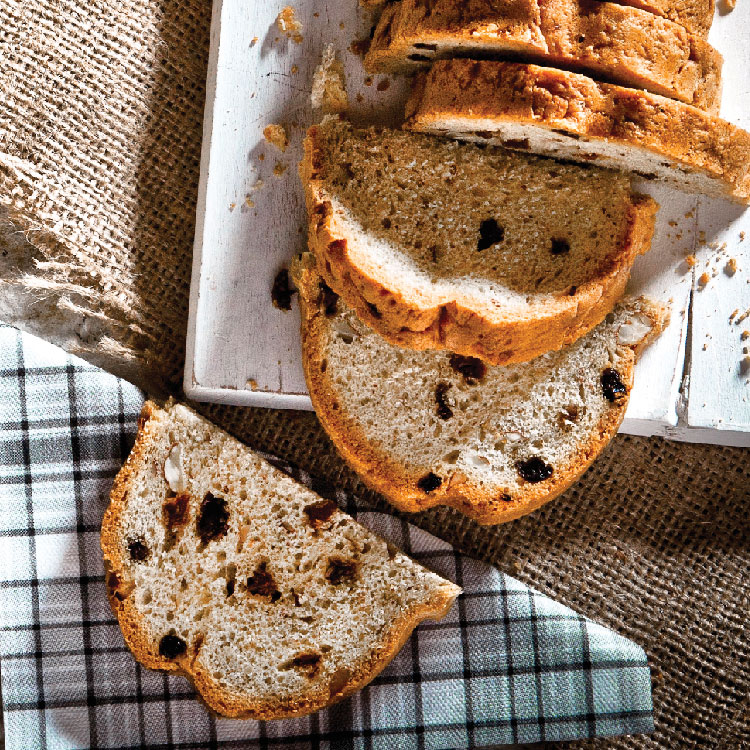 Dinkel grain is produced from an ancient wheat variety of excellent quality that belongs to the same family as the common wheat. The particularity lies in the mild taste, high nutritional value and tough outer peel which protects the core, maintaining nutrients. Dinkel is not suitable for people suffering from celiac disease. However some people with allergies or mild gluten intolerance accept Dinkel without unpleasant symptoms in their digestive system. 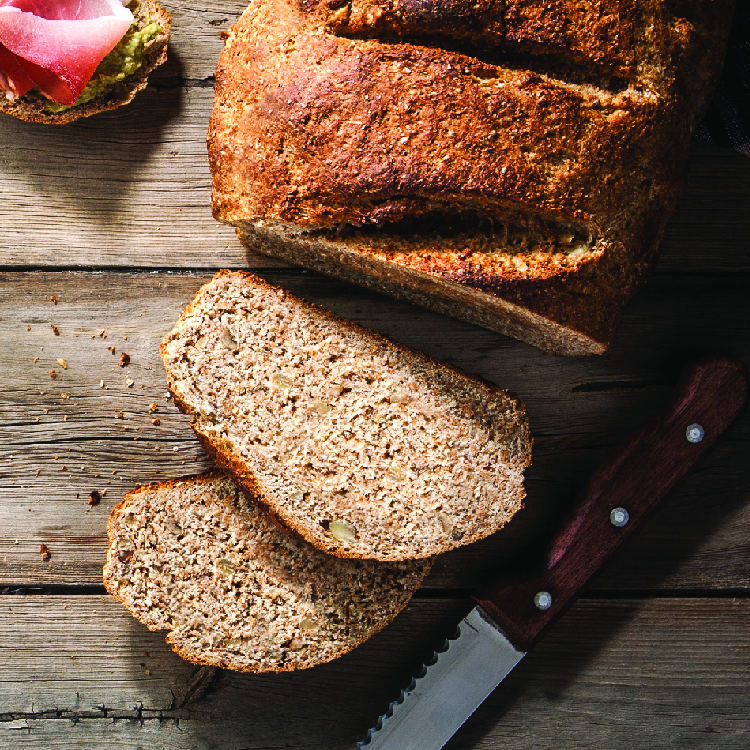 Triticum dicoccum is one of the oldest cereals known to man and was a key component of the diet of ancient Greeks. It is considered as one of the healthiest foods because of its high content in fiber and minerals. The glycemic index is lower than common wheat. Moreover, although it contains gluten, its composition is such, that makes baking products more digestible. 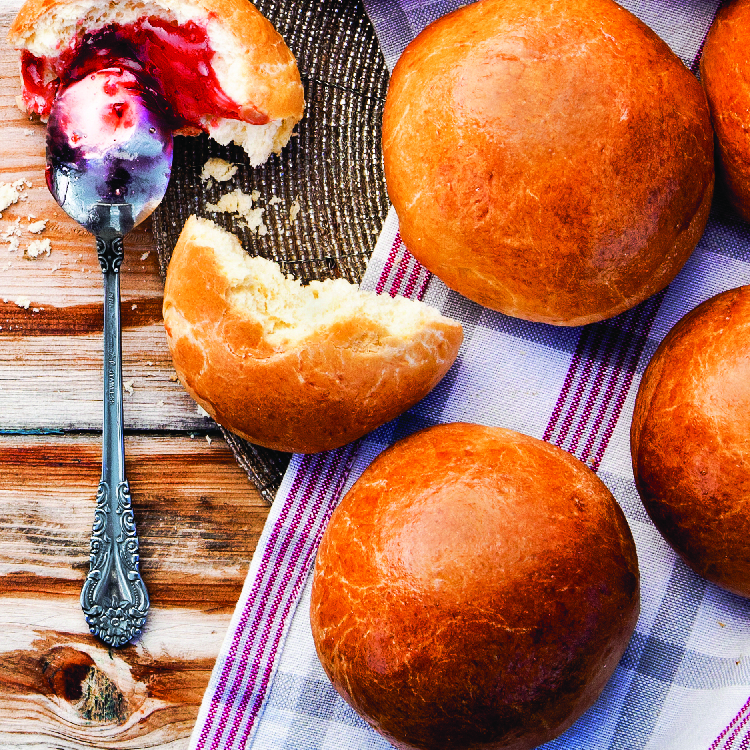 Baking products fortified with Iron, Folic acid and B12

Iron contributes to the formation of blood and oxygen transfer in the body. It also helps the normal function of the immune system and contributes to normal cognitive function. Folic acid plays a large role in cell growth and development as well as tissue formation during pregnancy. Vitamin B12 helps in the normal functioning of the nervous system and helps maintain mental performance as we age. Also contributes to blood formation. Two slices of bread from enriched flour in each of the two meals are sufficient to cover 25% of the daily needs of the human body in iron, 50% in folic acid and 28% in B12 *.

*As part of a balanced and healthy diet.