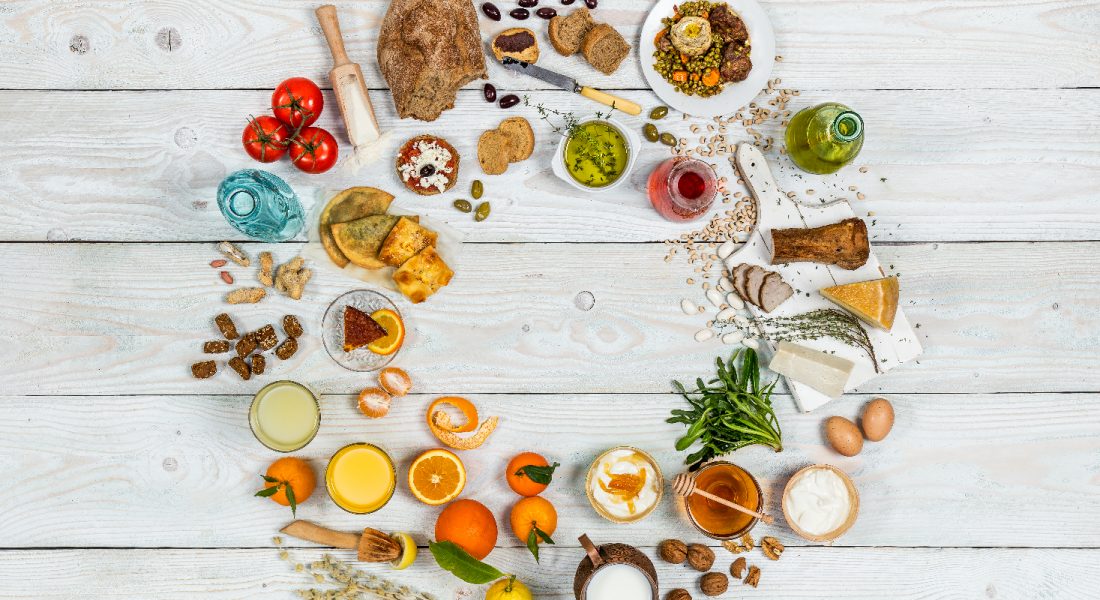 The Cretan diet is based on the Cretan rusk. Usually whole meal and very often from cereals that are not widely consumed in other areas, such as barley and oat, it is always present in the Cretan table. In the past the scattered mills throughout Crete were grinding cereals which were grown on the island, housewives took flour, kneaded bread, and they made the Cretan rusk.

Olive oil has always been the most common ingredient of the Cretan nutrition. Served raw or cooked in almost every dish, it is largely credited for the longevity of the Cretans. However, the olive and olive oil are not only part of the diet, it is part of life. The Cretan’s love for the olive tree, the sacred tree of the Cretan land and the tight link between them goes back thousands of years, from the Minoan era and reaches our days.

The orange fruit was never missing from the Cretan table as a necessary dessert. The Cretans, according to studies, are eating six times more fruit than the average inhabitant of other Mediterranean regions. The Greek mythology says that citrus was the gift made by Gaia, the earth, for the marriage of the father of the gods, Zeus and Hera. This divine gift, which was kept, according to Greek mythology, in the gardens of the Hesperides, away from people, mainly grown in the fertile plain of Chania.

Important in the Cretan nutrition are dairy products commonly produced from goat or sheep milk and consumed daily but in small quantities. The rich flora of the island in which the goats are fed, give excellent flavor to the dairy products of Crete. According to mythology, while the god Zeus was growing up in a cave, he had a goat for company, which gave him her milk.