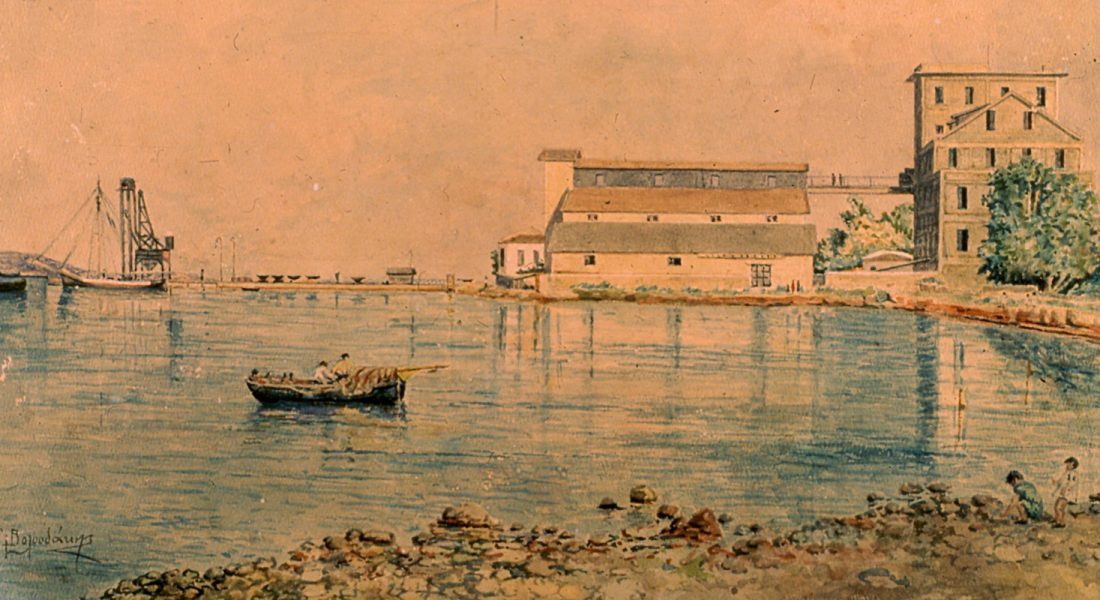 The history of MΙLLS OF CRETE begins in 1928 from the port of Souda in Crete, when the entrepreneurs Soulakos (a grain merchant from Gythio) Pologiorgis and Tzianoudakis founded the general company KYLINDROMILOI CRETE. Their aim was to create a coastal mill that would directly source the raw materials from Central Greece in order to avoid the high transport costs that burdened the price of the products. Despite the adversity of the times and the poor road network of the island that restricted the transport of flour, the company developed significant momentum.

However, when World War II arrived in Crete in 1941, the German Stuka and heavy bombers of the Luftwaffe irreparably hit the strategic objectives of the island, including the port of Souda. The KYLINDROMILOI CRETE had not escaped the Nazi bombs. They were completely destroyed.

It took 8 years for the company to start again from scratch. Along with the two original shareholders, the entrepreneurs Manousakis, Koutoumbas and Gaganis were added. The company became a limited company and used the same space for its facilities at the port of Souda. In 1949, however, Greece still measured its wounds from WWII and the civil war that followed, and in 1953 it reopened the new factory. In the new, state-of-the-art unit, Klearchos Markantonakis was recruited as a chemical engineer, who a few decades later will be placed on the “steering wheel”.

The state-of-the-art flour mill began to deliver and give great power and financial leeway to the business, and so its four managing directors thought they could take the next step. In 1975 the company started a new plant that produced animal feed to meet the increasing needs of the island’s livestock.

In its new field, the company quickly became a pioneer. It has brought not only new technological methods but also a great deal of specialization in animal feed which are made exclusively from pure, non-genetically modified plant raw materials. So, it soon became the benchmark for this industry in Greece.

At the same time, in the mid-seventies, the company will become a pioneer in yet another field. It produced a special type of flour, ideal for the leaves of the cataifi. This particular product will soon become its most popular flour and what has so far achieved the largest exports outside Greece.

But the activities of MILLS OF CRETE did not stop there. Having now reached the point of being managed by the third generation of the original shareholders, they decided in 1998 to create a new company, aiming at the production and marketing of cheese products, first with the famous Graviera of Crete. The company was named Kriaras SA. and in 2002 acquired the trade name “Vero Cretan”, which produced and distributed all types of cheese (Graviera, Feta, Anthotiros, Xinomyzithra, Dakotyri – Pehtogalo Chania etc.), traditional Yoghurt and Fresh Goat Milk, which was the first packed goat’s milk that was released in the Greek market.

It is our responsibility