Home / Nutrition / OAT – At the heart of modern nutrition

OAT – At the heart of modern nutrition 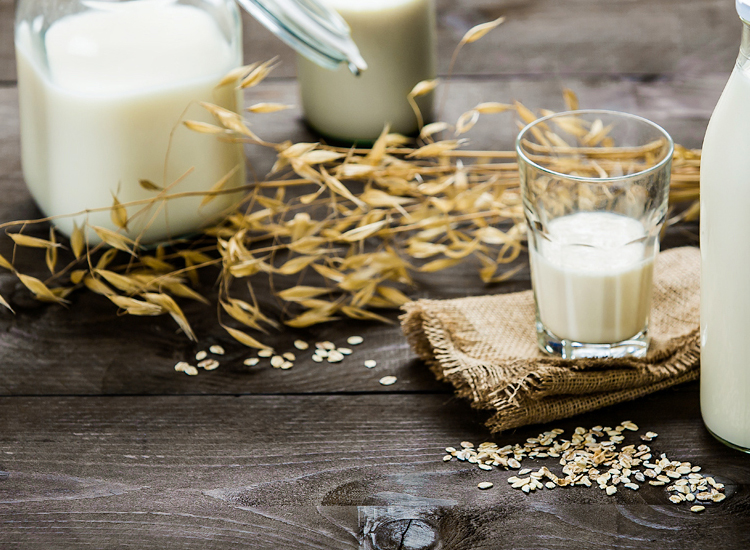 Oat is a cereal belonging to the Aveneae class and in particular to the Avena genus. Of all species, Avena Sativa and Avena Byzantina (red or Byzantine oats) are mainly cultivated today. In Crete and elsewhere, we will find it as a ‘tagi’.

Modern Avena Sativa oat come from a natural mutation of Avena Byzantina. The region of origin of oats is located in Asia Minor, from where it spread western Europe around 1500 BC. Avena Sativa seeds have been found in lakeside settlements in central Europe and various types of oats found in southern England dating back to the Iron Age. Ancient Greek writers (Theophrastus, Dioscurides, Galen, Virgil, Plinius, etc.) dealt with oats as a medicinal plant and of botanical interest.

Plinius testimonies show that the cultivation of oats for human consumption must have begun by German tribes just before the 1st century AD. Around the same time, cultivation in the Mediterranean basin and in Africa (Ethiopia) seems to have spread. Oat cultivation began in England shortly before the 7th century AD, and there is evidence that it was cultivated in Russia and China at about the same time. In the eastern United States it was cultivated by European inhabitants at the end of the 16th century and around the same time by Canadians. The cultivation reached the west of America and extended to the maize zone until 1850.

Oats do not require particularly warm climates and high sunlight, while in generall the plant is more resistant to moisture than other cereals; wheat, barley and rye. So, its cultivation is particularly important in countries with relatively cold climates and high frequency of rain during the summer months, such as those in central and northern Europe.

The hull comprise approximately 31% of fibrous substances (lignin, cellulose and hemicelluloses) and account for 20-35% of the weight of the seed.

Proteins make up 85% of the grain’s nitrogenous substances and have low levels of methionine, tryptophan and histidine. In contrast, lysine content is higher than other grains (3.3-3.6%). Proteins do not form gluten, so flour is not easy to use in the bakery by itself.

Fats are mainly found in the germ and endosperm at higher rates than other cereals and consist mainly of palmitic, α- and β-linoleic and oleic acid.

The main carbohydrates are starch, while sugars are low. Other carbohydrates, such as pentosanes, are found in the pericarp, from which industrial substances such as furfural, araban, xylan and mainly antiseptics are produced.

Oat grain lags in starch and is superior in fat, minerals and trace elements, compared to other cereals.

Oats are processed in a different way than wheat and rye, which makes it a very laborious process for millers.

The reason is that the hull must first be removed from the seed, and special treatment must be done to stabilize its fat against rancidity.

Then the oats are available in several forms:

Oats contain more fat than other cereals. The vitamin B complex content stimulates the nervous system and strengthens the bones. It also protects the heart and lungs. By creating a protective shield in the gut and acting as a pre-biotic, it binds bile acids and prevents them from being absorbed, thus improving the function of the intestines and preventing the development of diverticulosis, haemorrhoids and possibly – according to recent research – anticancer activity.

With the polyphenols it contains, it has antioxidant activity.

It is anti-inflammatory and anti-allergenic, which is why it is recommended by gastroenterologists to treat the symptoms of stomach ulcer.

With its fibre content, it helps fight constipation and weight control, due to the increase in the feeling of satiety and consequently the reduction of appetite.

The presence of beta-glucans helps in the treatment of cholesterol, strengthens the immune system’s action against viruses and parasites, controls glycaemic index and restricts insulin secretion.

No gluten is detected in oats, however the conditions of cultivation, transport and processing of oats may cause the transfer of gluten traces from other cereals. This minimal amount is capable of causing celiac disease in people with this intolerance.

However, it is generally considered safe for consumption by people with mild gluten intolerance and can be considered as a low gluten product (<100ppm).

An important advantage of using oats in various foods is that it can – under certain conditions – lead to labeling of nutrition and health claims as defined in European Union Regulations 1924/2006 and 432/2012.

Oats, other than animal feed and raw materials in alcoholic beverages (eg beer or vodka) have the following interesting applications as useful human food: