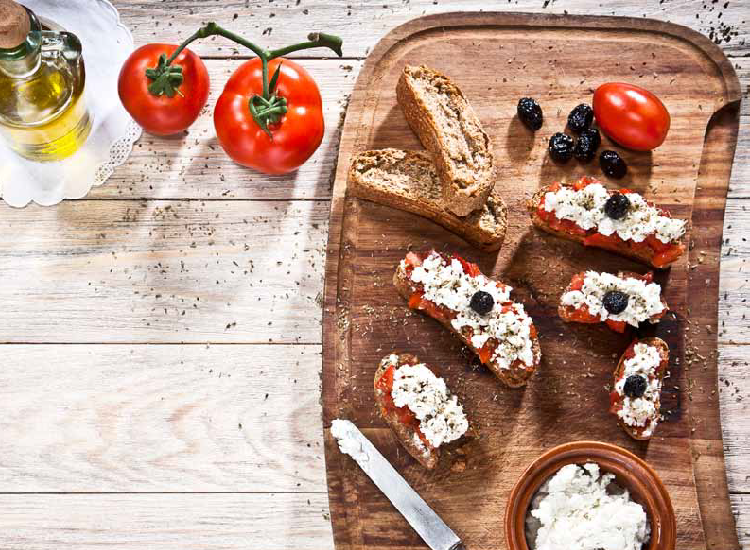 Barley, whose Latin name is Hordeum Vulgare, is a grain that is cultivated all over the world mainly for the production of beer, for animal feed and less for the bakery production.

It is cultivated in cold soils while we find it at altitudes of even 4,000 meters in the Himalayas.

The barley is the fourth largest cereal grain in the world after wheat, rice and corn.

Barley was one of the first human-grown cereals in the Euphoric Crescent and for thousands of years was one of his main foods.

It is considered to be the oldest cereal food, as it was the first known grain to be grown by humans 10,000 years ago. During the Iron Age it began to give way to wheat as the latter had higher yields.

The ancients called the barley flour ‘alfita’. The bread they made from it was considered inferior and was intended only for the poor. They also made bread from barley and wheat and called this preparation ‘amigo.

Nevertheless, for thousands of years barley was considered a food for strength and energy. It is said that Roman gladiators ate the boiled barley seed to gain strength.

It is an annual plant that reaches a height of one meter. It is distinguished from the other grains by two protrusions (coleus) that form the leaves at their base at a young age and surround the shoots.

The most commonly cultivated barley varieties are mainly:

Barley germinates very quickly, which means that it is very enzymatically active.

For this reason we must keep in mind that barley pastries are brownish in colour.

Usually barley reaches the mill for grinding along with its shell, which is why the flour obtained has the characteristic ‘agana’ (barks) that make it special for use in applications such as rusks.

Many studies have shown that whole grains reduce the risk of developing chronic diseases such as cancer, cardiovascular disease and diabetes.

The mechanism of action has not been fully elucidated, and several components may contribute to these effects.

One of them, and perhaps the most important, is the β-glucans found in barley and oats.

The composition of dietary fiber (β-glucan) contained in barley is of very high nutritional value and help reduce cholesterol levels and maintain a healthy bacterial flora in the human body.

Consumption of barley products slows down the hydrolysis of starch and leads to stable blood glucose levels, insulin regulation and beneficial effect on lipid metabolism.

100 g of barley provides the body with 352 Kcal, while they are a “source” * (* at least 20% of the required daily intake) in basic nutrients such as protein, dietary fiber, B complex vitamins (niacin, B6, etc.) and many trace elements , such as manganese and phosphorus.

The proteins contained in barley are mainly composed of prolamines (chordaine) and glutenins, which, however, do not create a strong gluten network during baking, so as to retain the gases produced and give a satisfactory oven spring and swelling.

That is why it should be mixed with other cereals for better results. Fermenting the dough with sourdough or vinegar has positive effects on improving the baking properties.

The most common bakery products are barley rusks, where the ground grain along with its shell (agano) is mixed with wheat flour, rye or oats, and together with sourdough are fermented and baked in a traditional wood-fired oven and are double-baked and are an excellent diet proposal, especially when combined with grated tomatoes, cheese and olive oil, the now well-known cretan ‘dako’.

In the past, but also nowadays in many countries, barley was used to make porridge, as well as to thickening of sauces and soups. When people peeled it from the bark, they broke it like oatmeal and boiled it, they made the ‘ptisani’ porridge, that they used, in addition to food, also for therapeutic purposes mainly in intestinal diseases.

Barley is the most common raw material for the production of brewer’s malt, but also for the preparation of spirits such as whiskey, in several countries.

Barley malt is produced after germination of the seed germ, during which the enzymes (amylase) convert part of the starch into maltodextrins.

Beer is the alcoholic beverage of 3-5 alcoholic degrees, which is obtained by fermenting barley malt extract with the addition of hops and mixing with water. When consumed bottled, it contains dissolved carbon dioxide of fermentation and a small amount of sugar due to weak fermentations.

Although barley is mainly used in brewing and beverage preparation and less in bakery, however wholemeal or semi-white barley flour is added to various traditional and innovative products giving excellent taste, aroma and characteristics.

Nowadays, modern food trends require the consumption of whole grains, and the acceptance of β-glucans as functional and bioactive components of food, especially after the legislation about health claims, the addition of flour, bran or other β-glucans rich barley fractions, has already found application in several foods, such as breakfast cereals, bars, granola, bread, breadsticks, pasta, cookies, crackers, baby food, etc.

Thus, while in the last century the use of barley as food was basically limited to animal feed, with the development of technology, know-how, but also scientific knowledge about its nutritional benefits, it has now regained its lost glory.

OAT – At the heart of modern nutrition